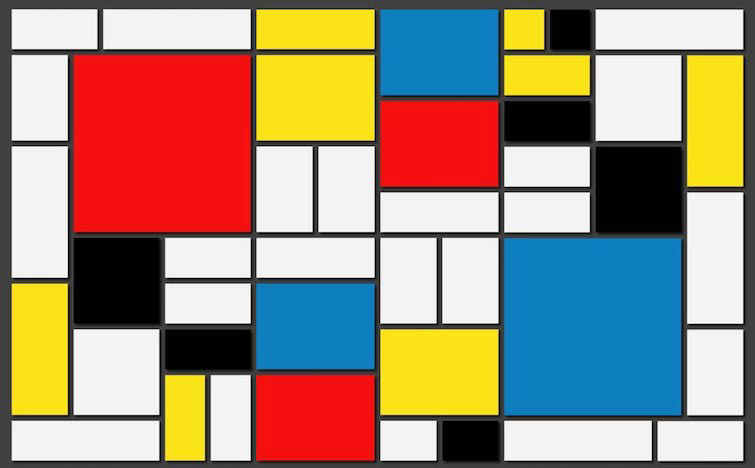 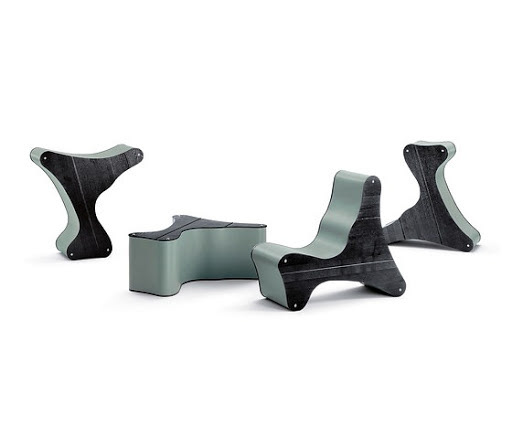 An example of a De stijl artwork above as well as Frederick Kiesler multiuse chair. Below is Kiesler  drawings for endless space (lighting concept for a theatre) and endless house. Further below is a link to the Mandelbrot set and variations of the infinity symbol.

The Mandelbrot Set, a shape that represents infinity
Click this button to view a fractal effect

Frederick Kiesler was an Austrian- American who was well known in the 1920s in Vienna and berlin for his contribution to designing theatre and art exhibitions. His architectural drawings were described as being poly dimensional thus his work was considered conceptual. But also considered akin to drawings from the surrealist movement. Yet Kiesler was part of the De Stijl group where he explored the concept of continuity. The term continuity was pursued in his work in various whys one being the multi-use chair and the other being the endless house. Continuity and endless can be compared to the word infinity by the focus that all three have similar meanings. The composition of endless and continuity configure into an element that symbolises the universal but universal is best described as being infinite or infinity. therfore infinity is somewhat linked within the de stijl movment since it was not only focused on one pathwat but many. Including furniture, interior design painting, graphic design etc. Hence de stijl could consist an almost infitie amount of work just like how infinity can be described as being a indefinite great amount.

The first idea is exploring how to create conceptually influenced seating drawing inspiration from Frederick Kiesler and the word infinity. Two of Kiesler most known work are the multi-use chair and the endless house. I will attempt two merge the two but I will also be using the De Stijl colour scheme and using the infinity symbol as an influence. 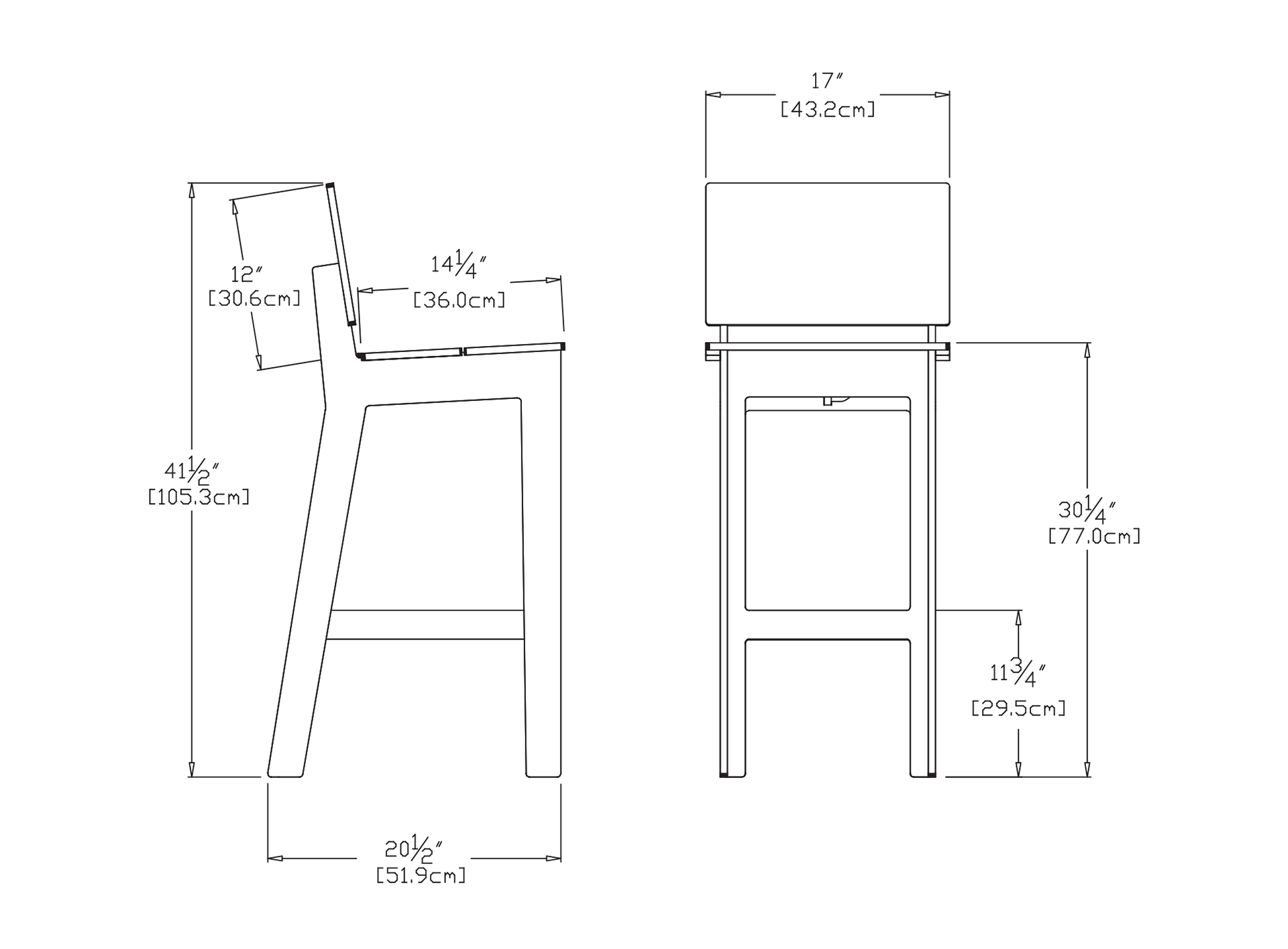 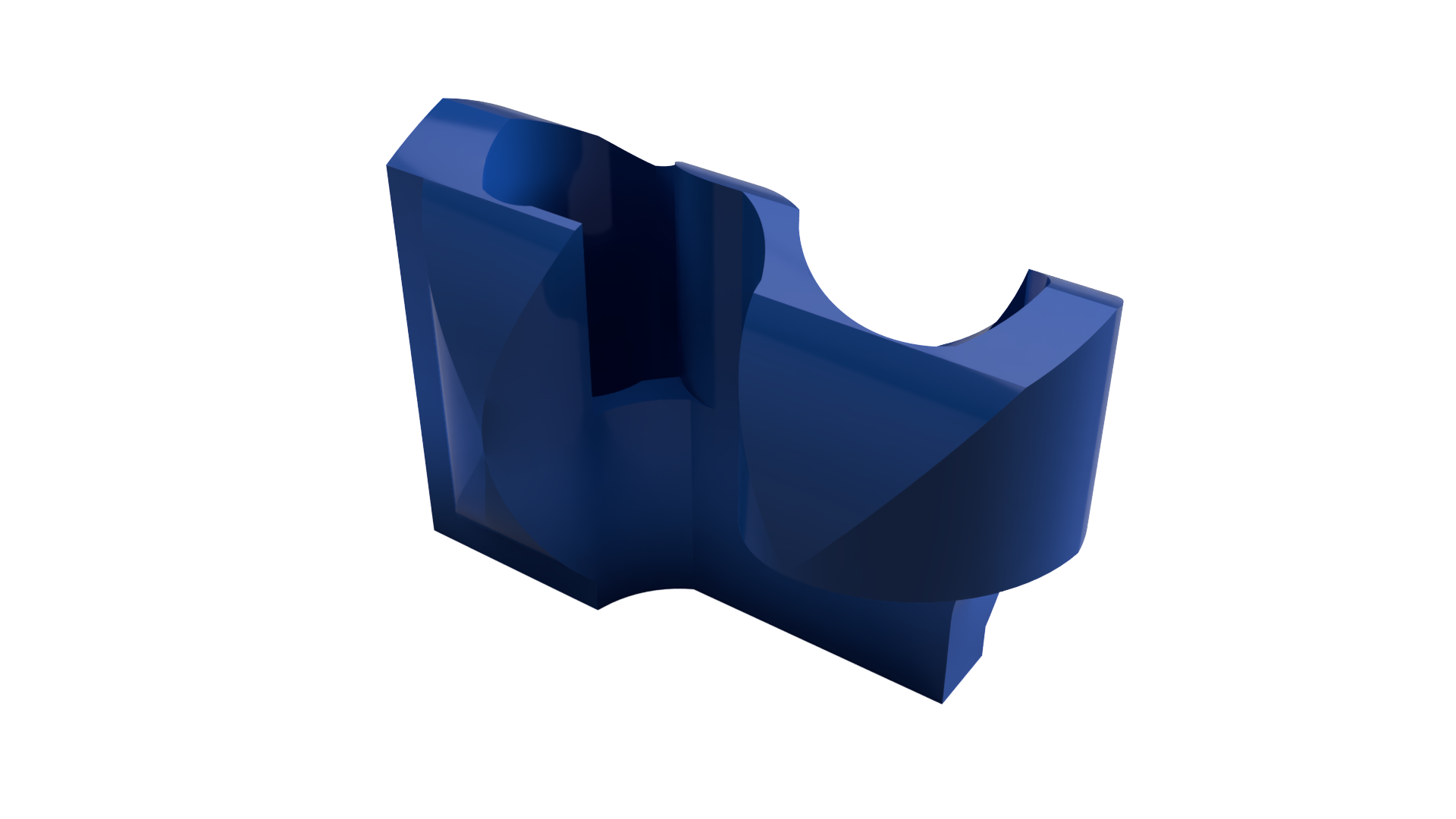 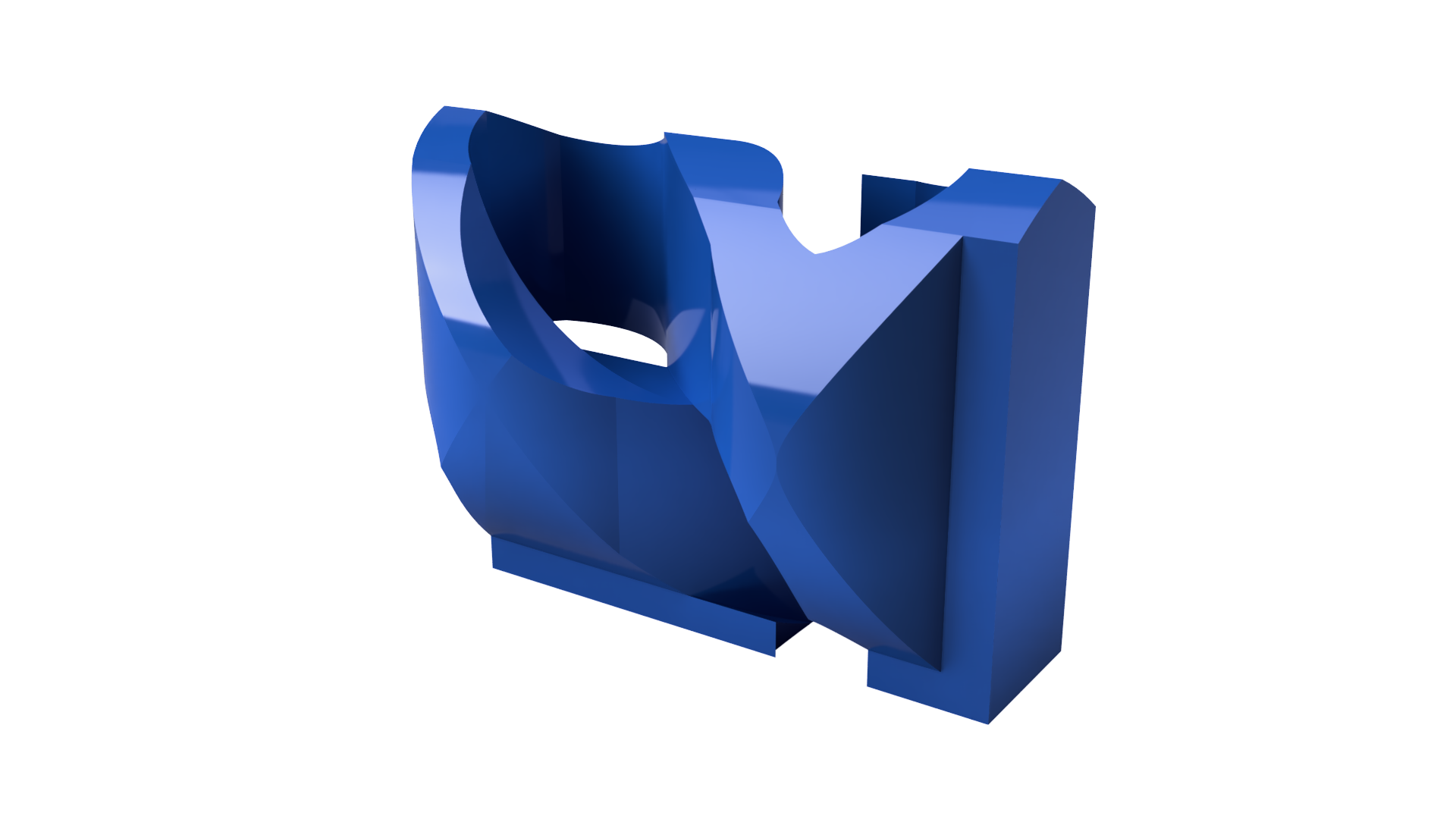 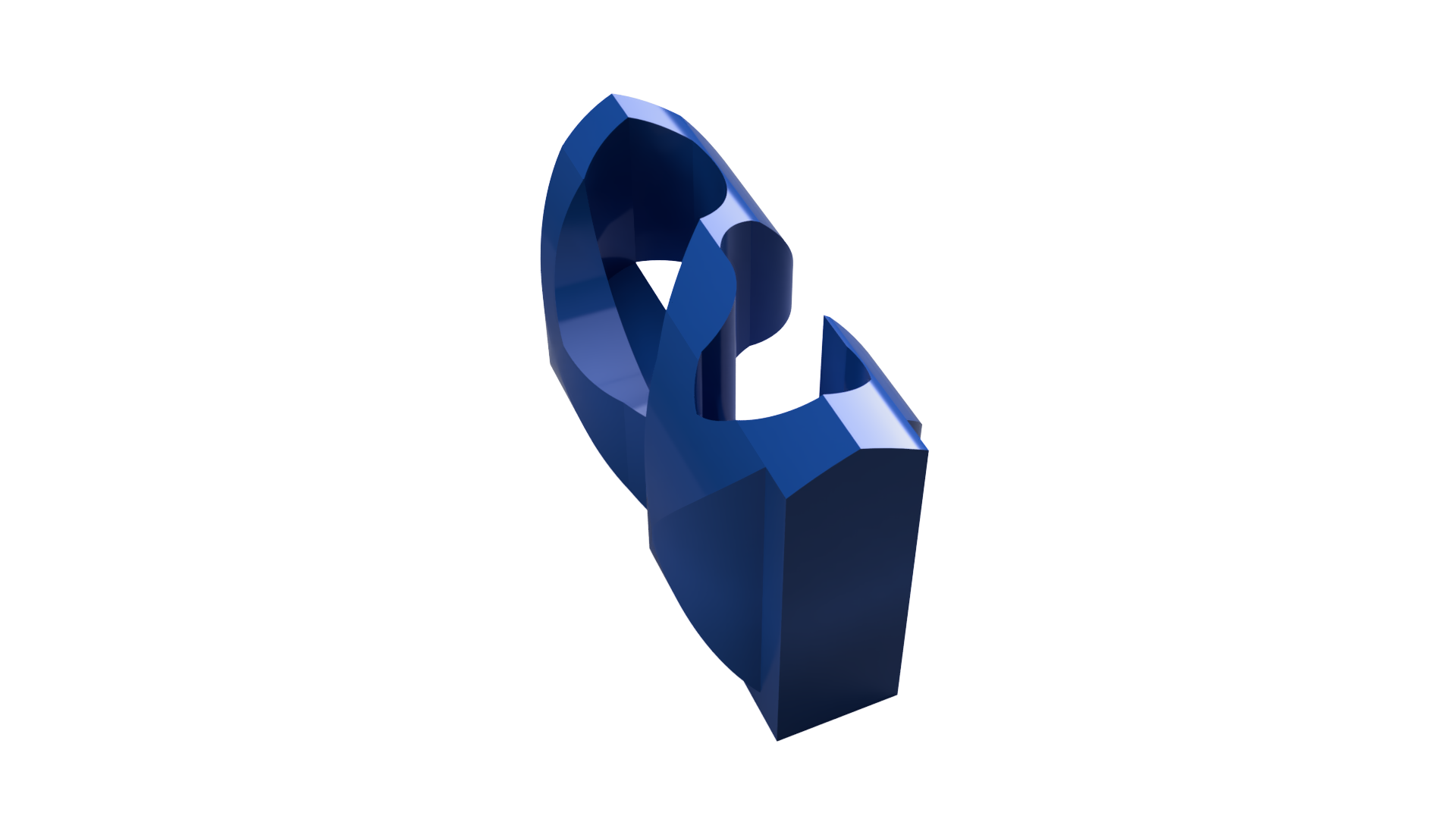 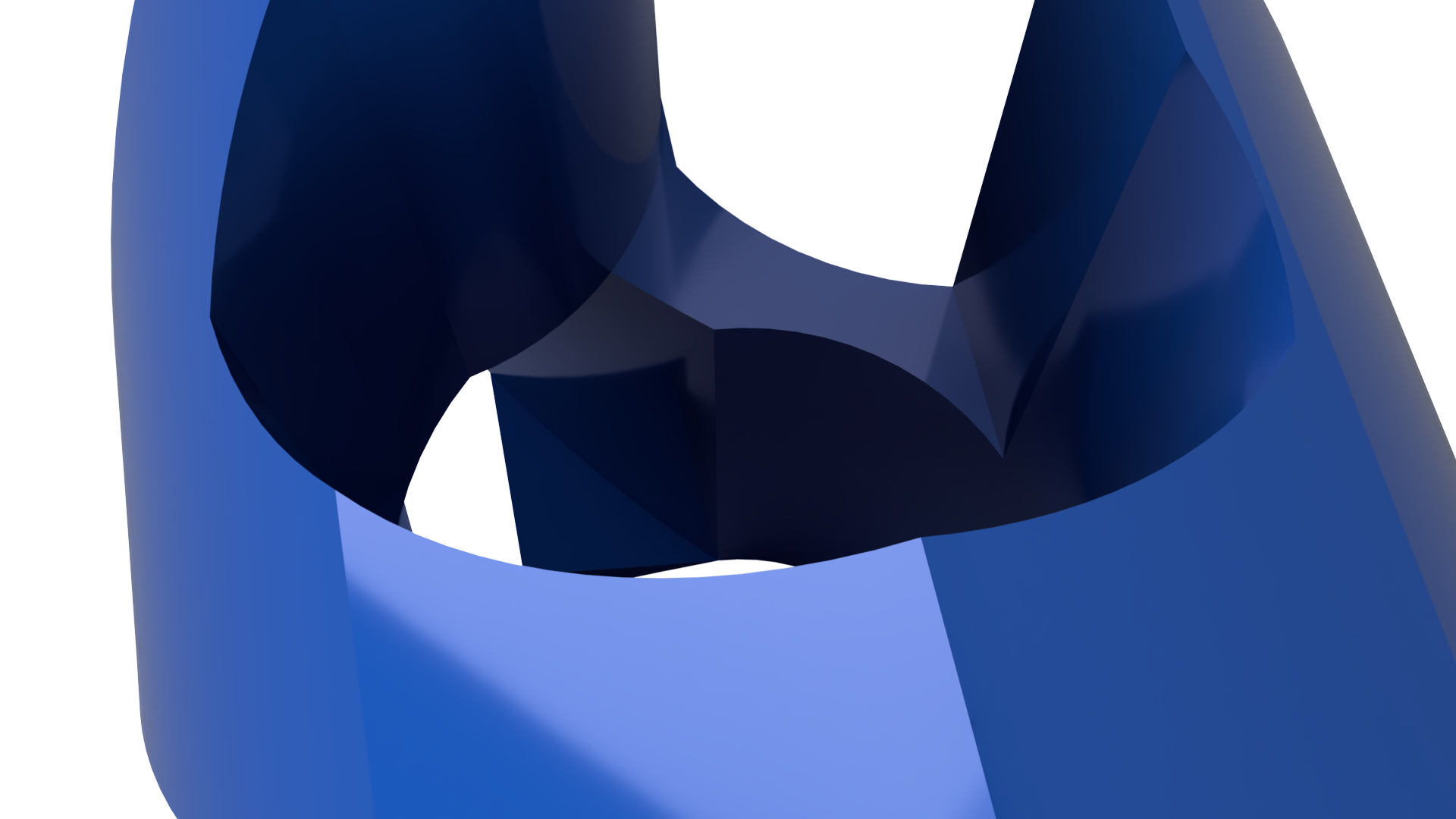 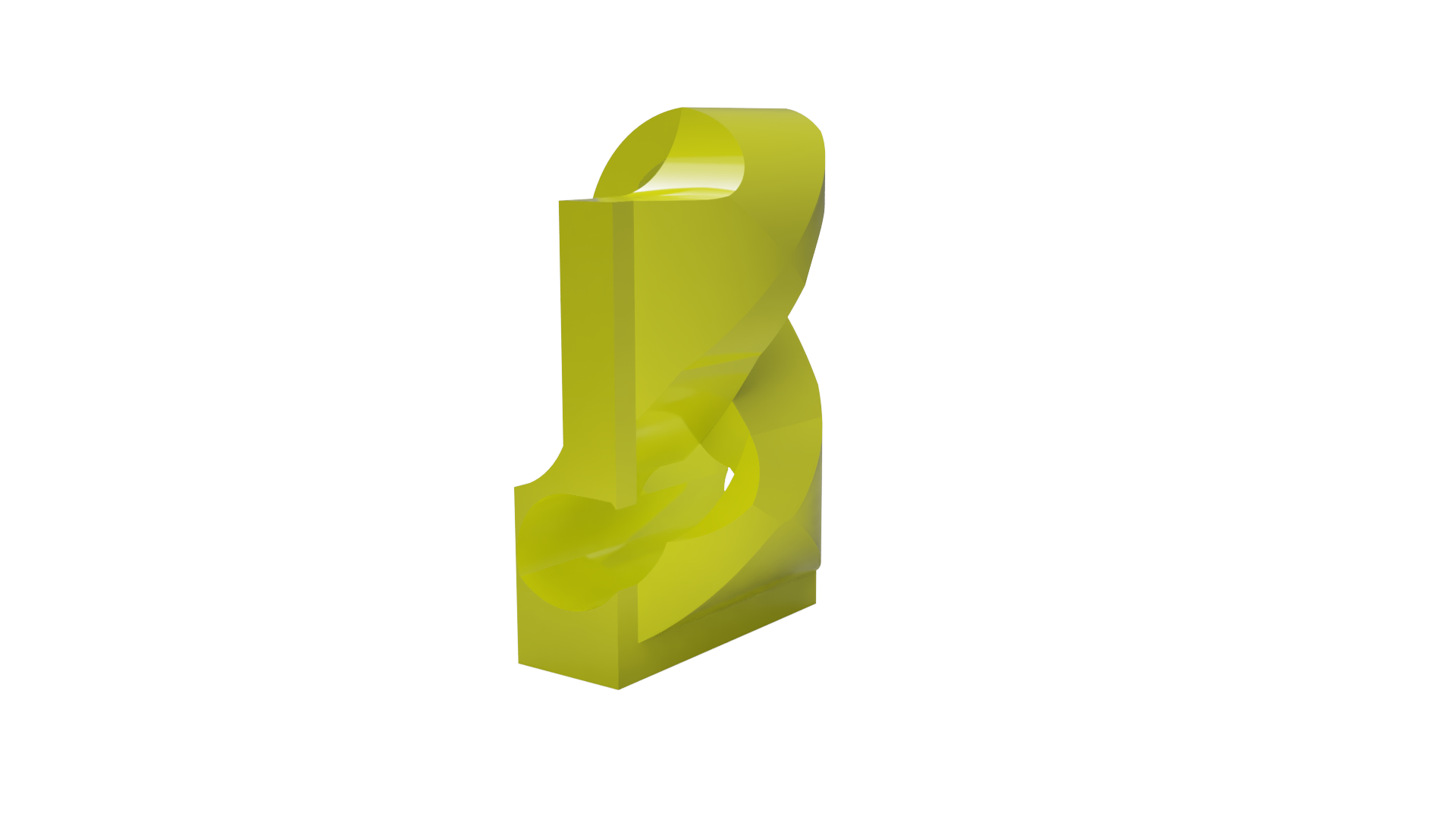 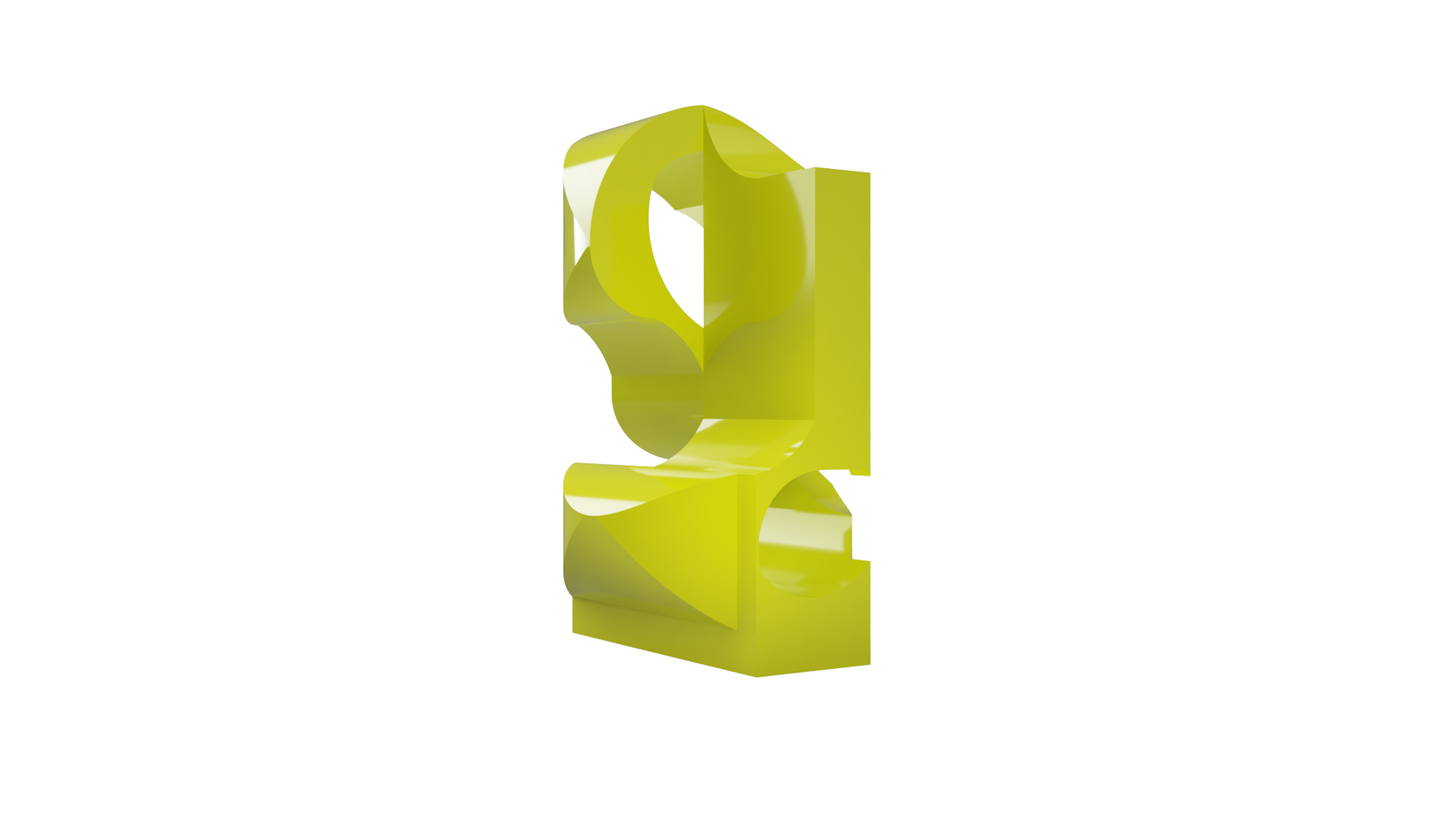 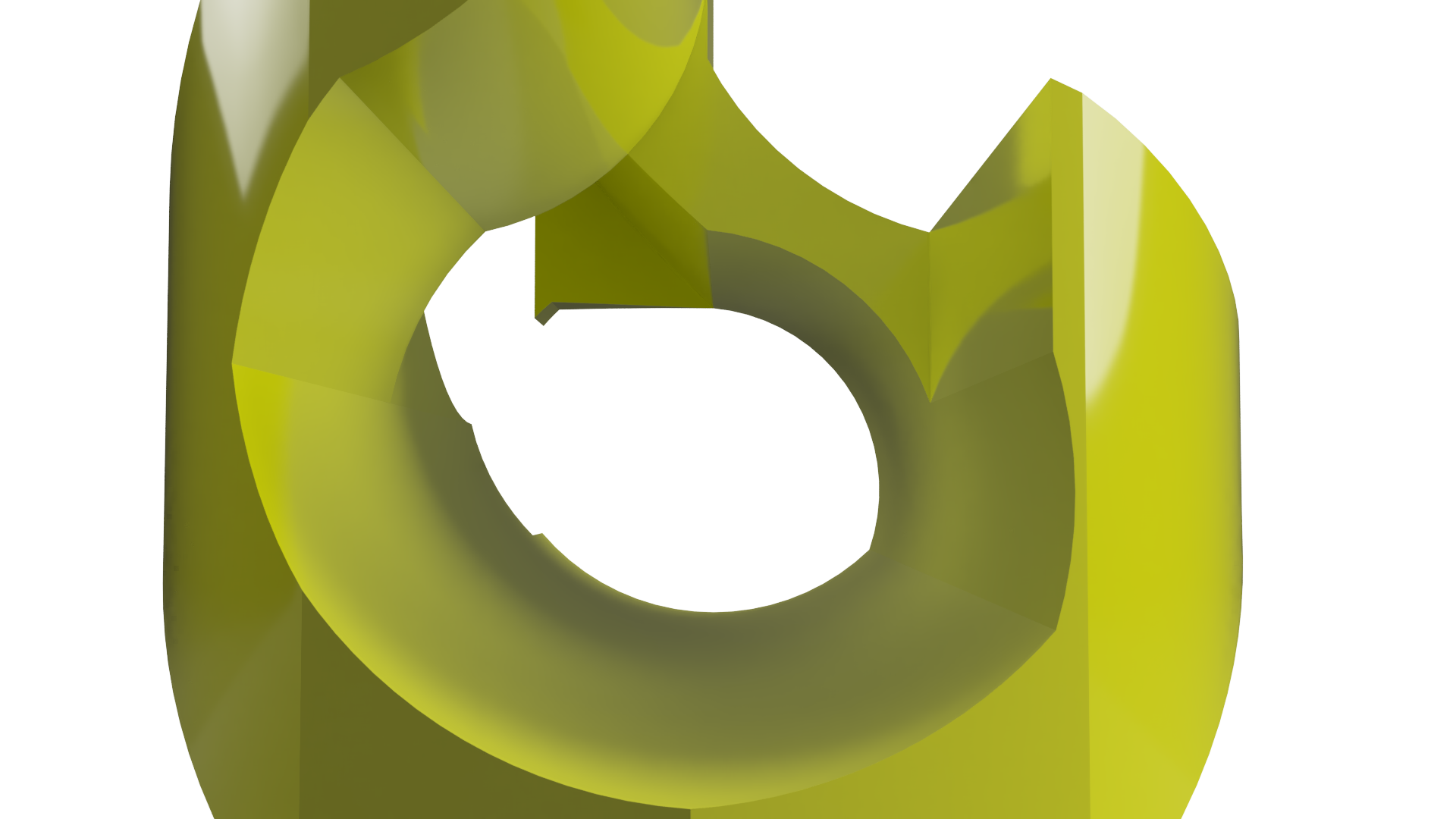 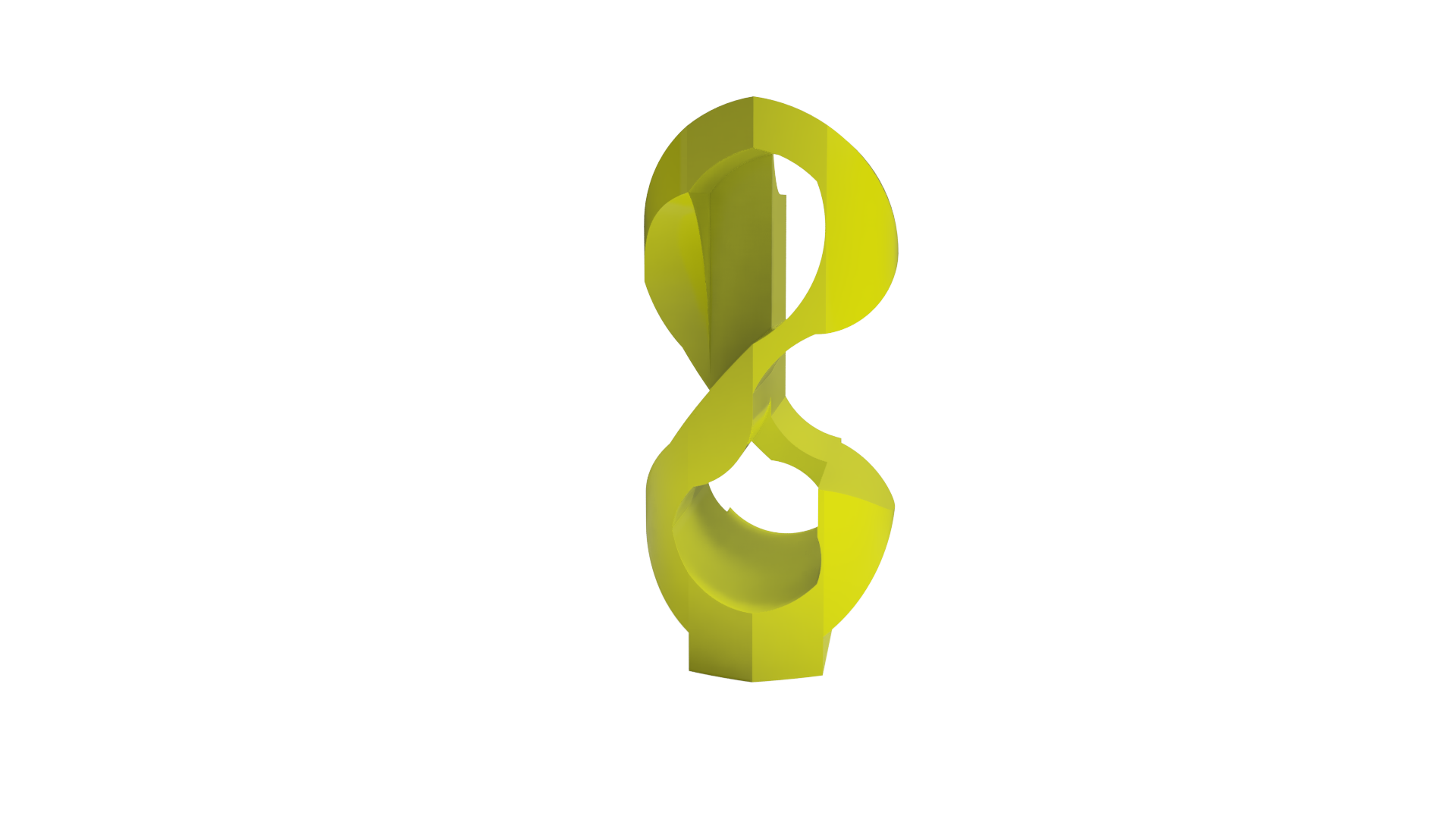 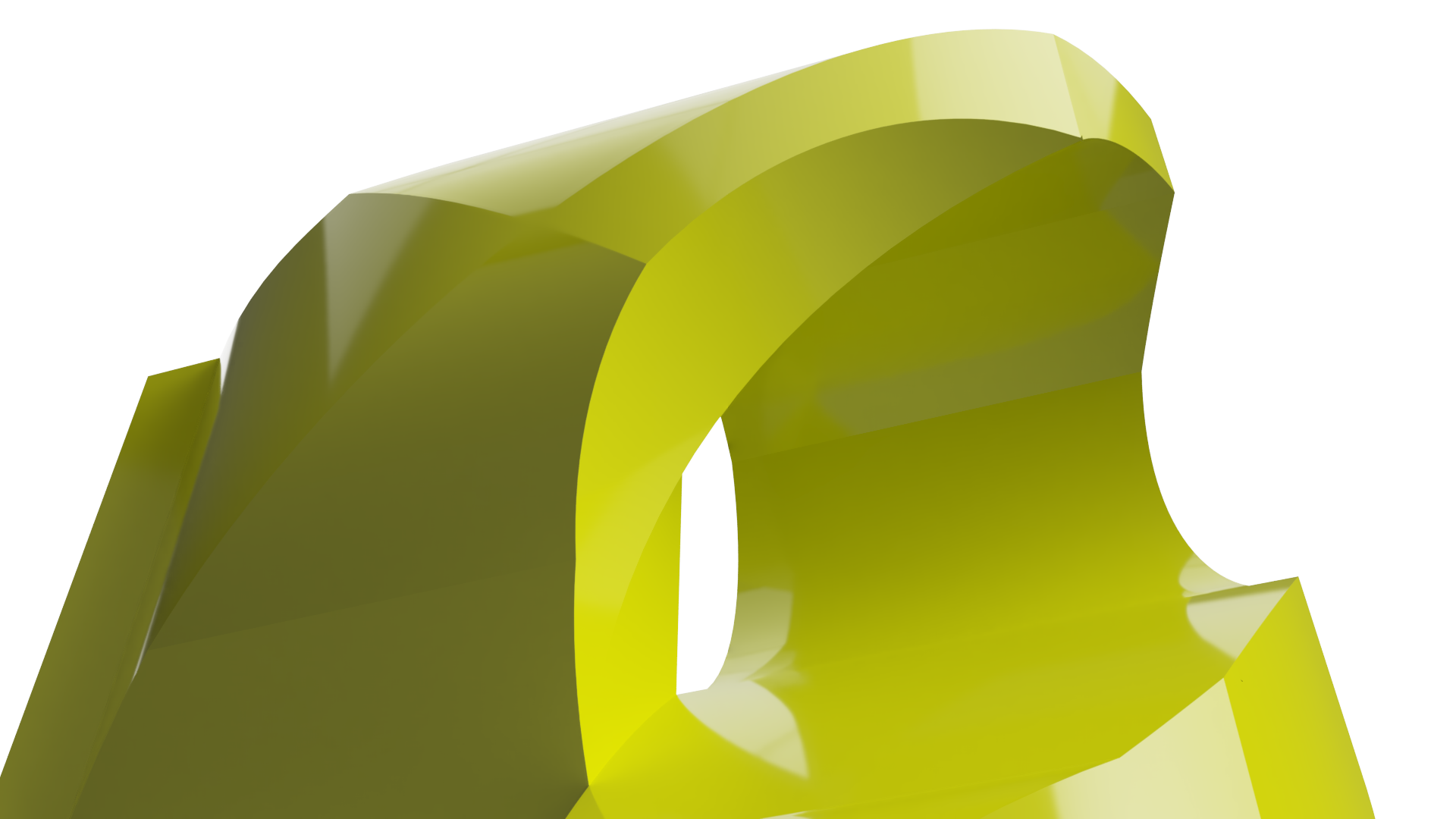 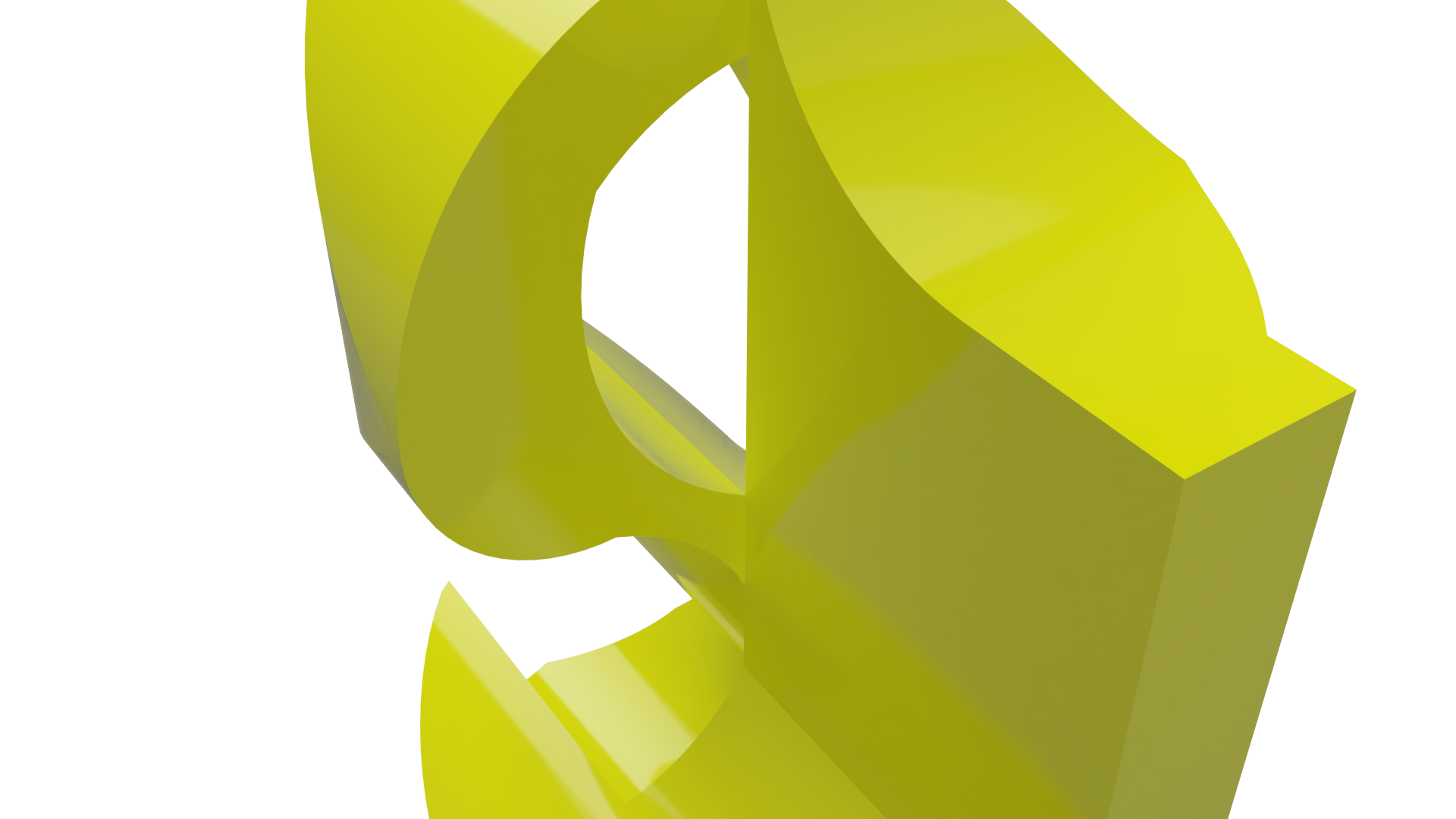 Considering how Kiesler work is now exhibited in museums I thought why not make some type of object that can be within a gallery in various ways.  The outcome is a piece which can be positioned in 3 ways all of which offer various ways to sit on on it.  The piece would be considerably large so it wouldn't be fit for a commercial product that is mass-produced but more suited to be a one-off.  The way I imagine it to be constructed would be to CNC pieces of Mdf (which have been glued together before) into six parts which will be then slotted together and covered with a linoleum surface finish.  The reason for using MDF is that its a piece that isn't detailed so it doesn't need to be a natural medium or hardwood that is more resistant to splitting when in the CNC machine. But because it is large if it were to be a medium or hardwood then some burning may occur depending on the rate of the rpm. Therefore Mdf is a suitable material because the surface is smoother than a natural wood hence if the rpm was high during making the chances of the tool causing burns is less.  Lineoulm finish is what Kiesler originally used on the multi-use chair and it's a naturally flexible material that can be manufactured to cover specific 3d parts or furniture. 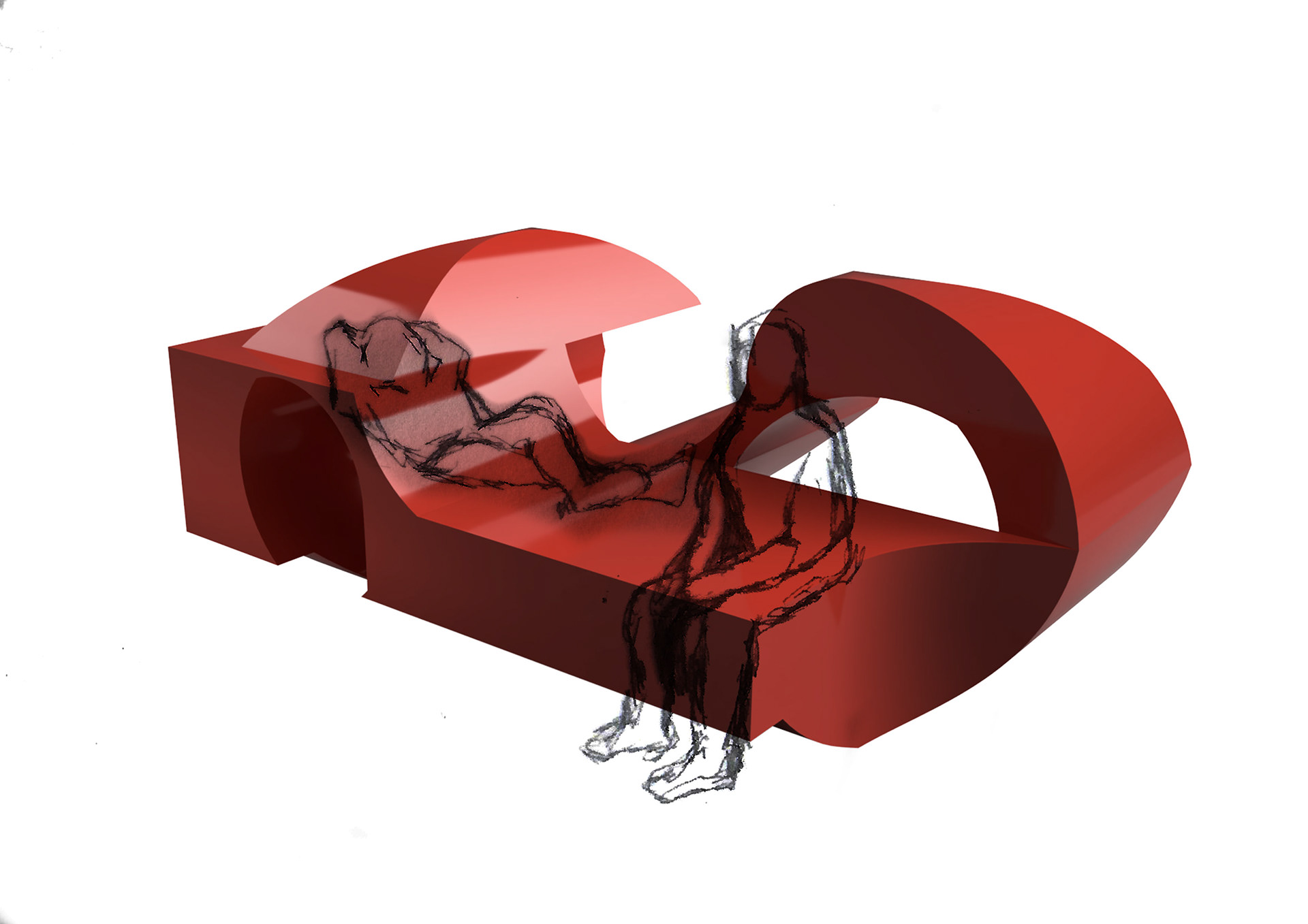 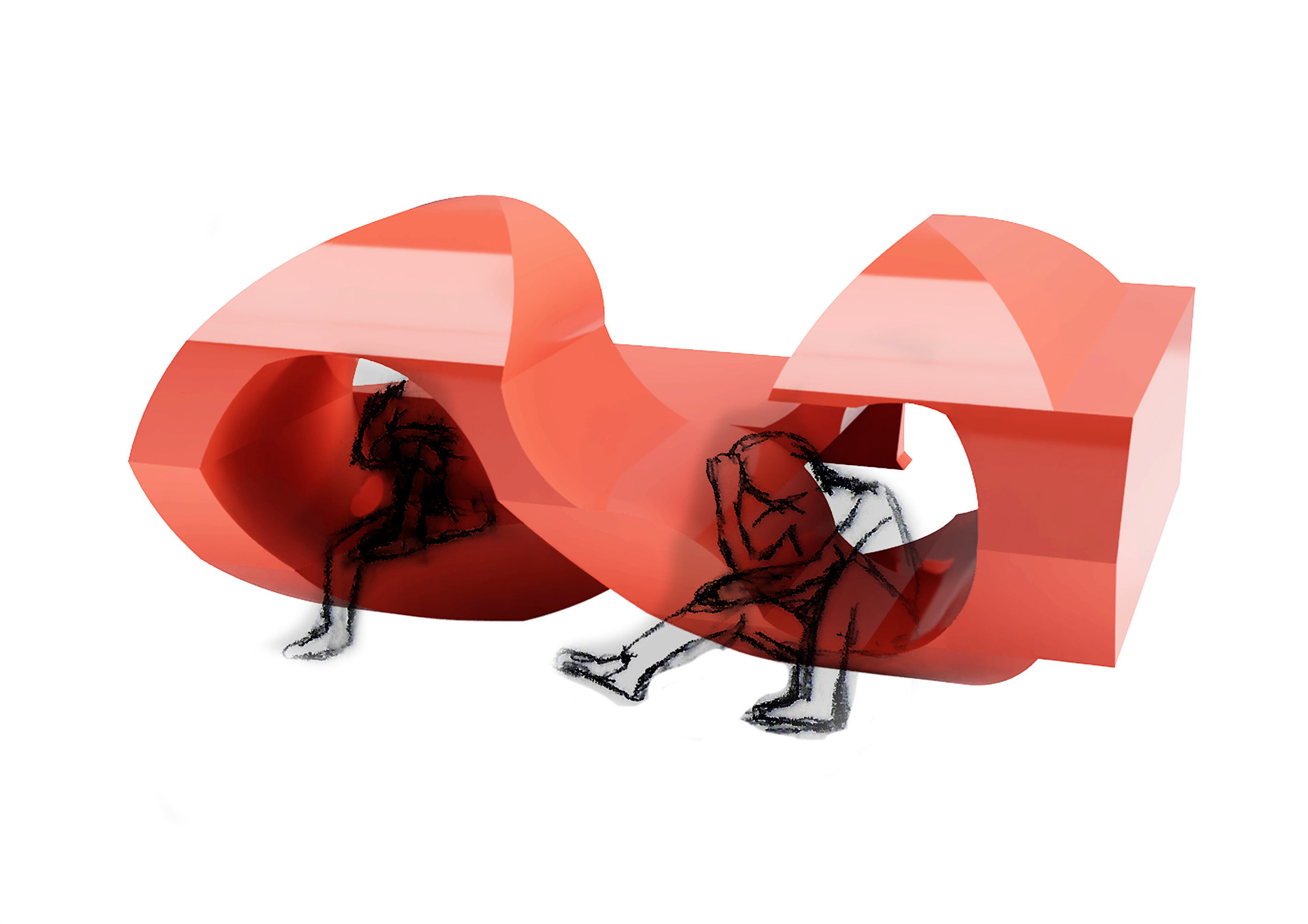 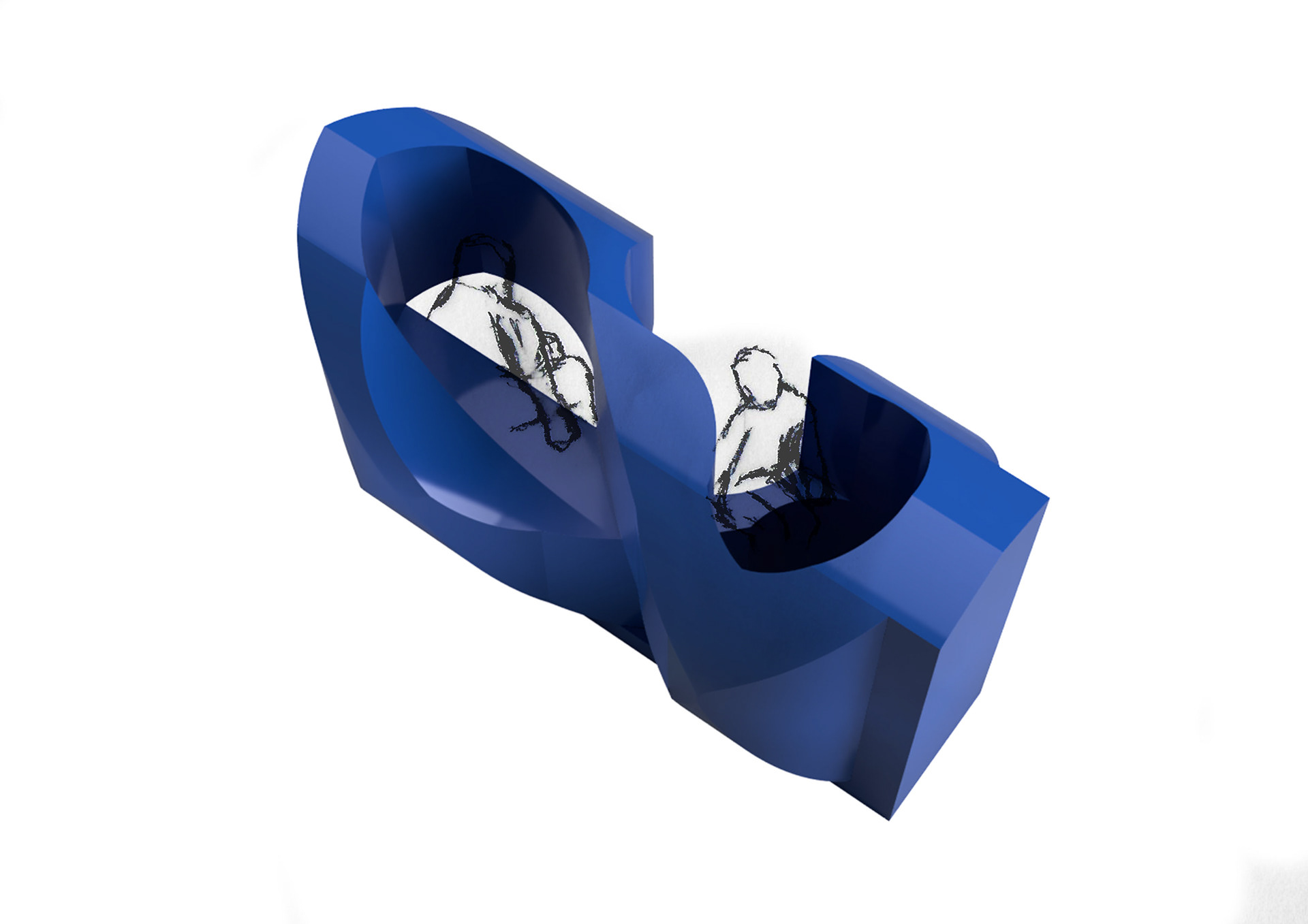 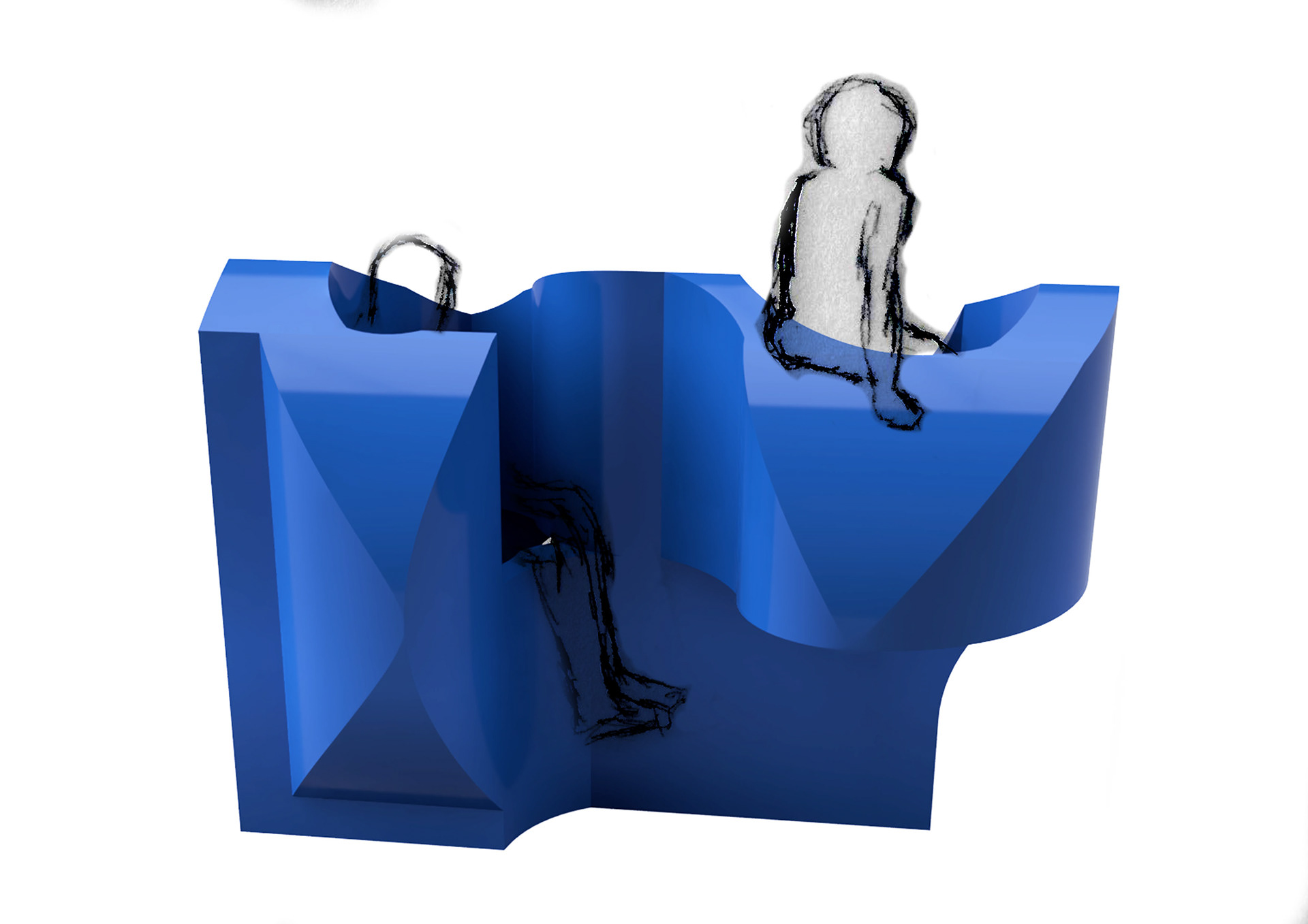 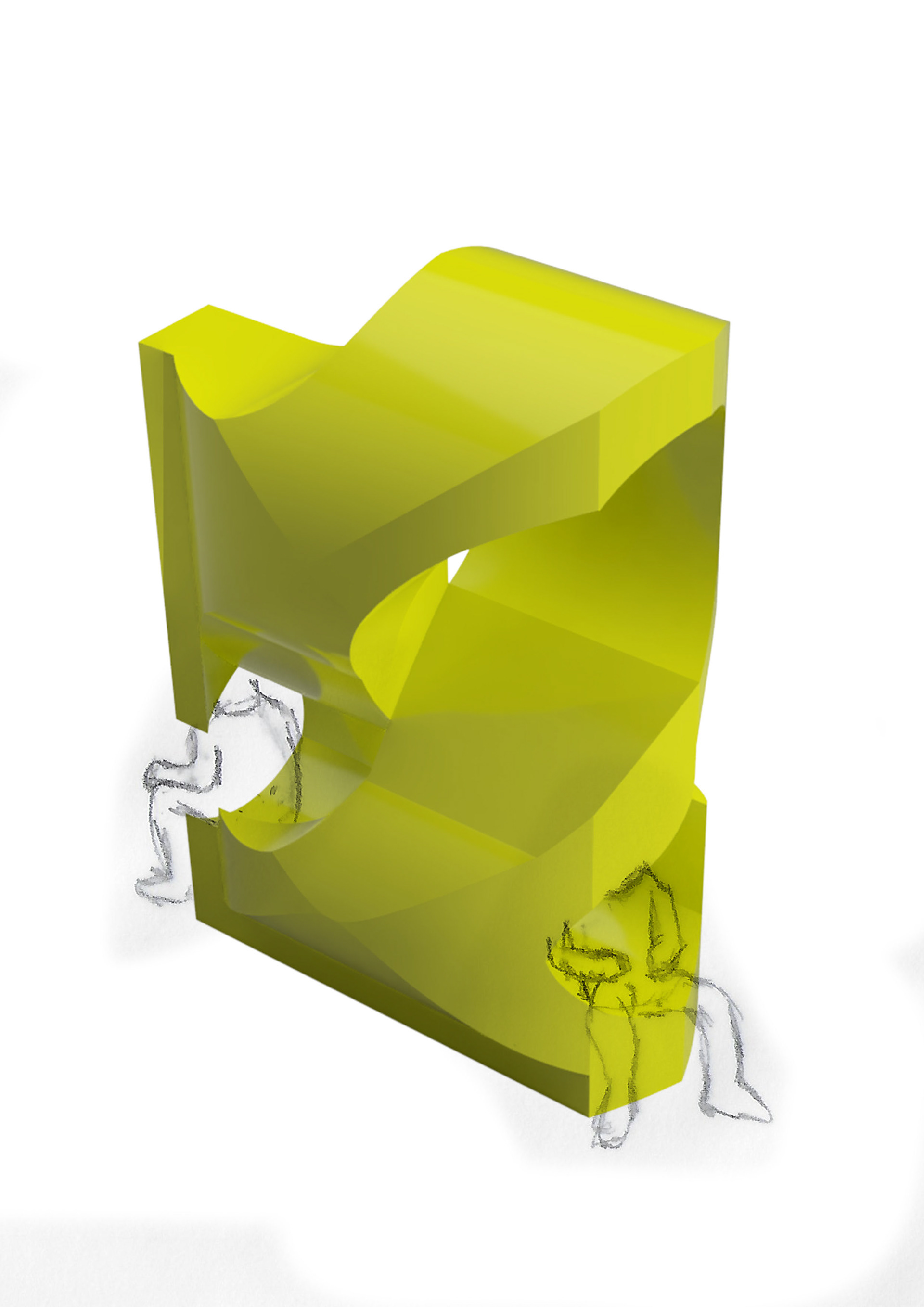 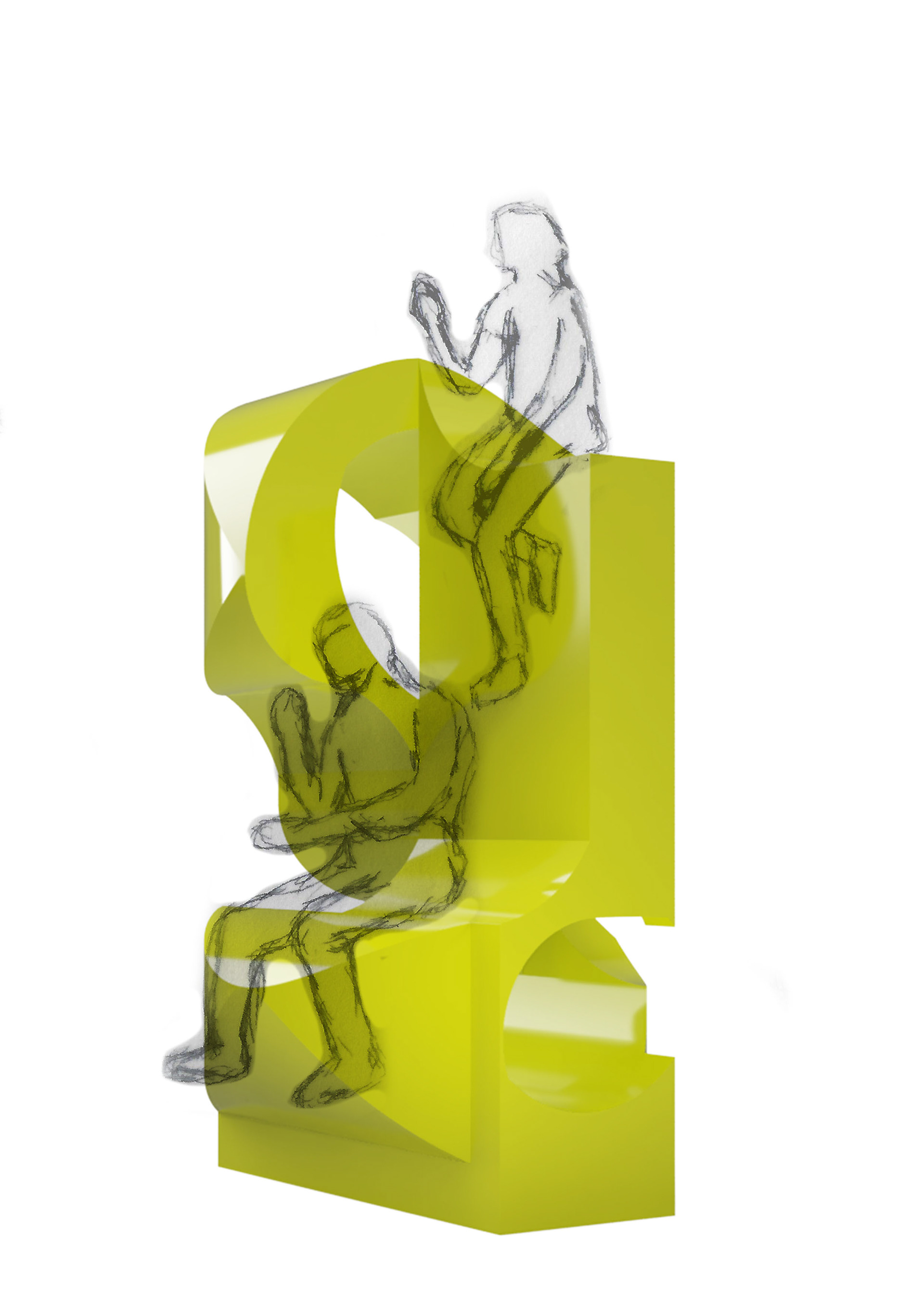 The next concept was to create a stool whose shape would is inspired by the Mandelbrot set.  A term to describe a fractal which is a shape that can be considered infinite because of its multiple dimensions. While coming up with ideas I originally wanted to go down the root of creating legs for the stool that resemble hairpin legs but in a mandelbrot shape. I ended up abanding this because it wasn't going anywhere. So instead I came up with a stool that would come in three colours ( The De Stijl theme) with the surface top being the shape of the mandelbrot. to hold the stools up would be three separate metal beams and a log attached to them. The surface top would also be a linoleum material. The log itself would be made out of engineered/artificial wood and to achieve a colour scheme like shown in the renders then colour dyes wood need to be added to the bonding process. In fact, they are not even logs they would be cylinder/dowel shaped wood pieces.

Considering in my previous concept I had thought about using a log as part of a stool yet it wasn't a log, I decided that I wanted to include it into another concept. What I came to understand was that because infinity is part of this section, trees resemble this because the rings shown are a representation of time and time is supposed to be infinite but I also came across an article about a Japanese technique called Daisugi.
Daisugi (image below) is where instead of cutting a tree down entirely into timber thus eventual deforestation, you only remove part of it so that multiple other trees can grow out of the part that has been cut. Therefore instead of the tree growing and being cut down the cycle changes because the tree is constantly growing and being chopped down because the new trees that can grow from the cut part can be regrown multiple times, therefore, the cycle is in a way similar to infinite meaning.
Because I had already done two pieces that are meant to be sat on I wanted to do something else but not entirely different which is I choose an ottoman which you can see below.

Once again I've included the mandelbrot shape because I had already used the infinity shape in the first concept. Anyway to be able to achieve in making the rings as prominent in the render in real life you would need to do the following.  First, you would need to remove the bark and sand down any inconsistencies on the log. Next, you would need to wet it to cause the wood fibres to swell. Once done the wood fibres which are swollen feel different to the rest. When it has dried the log would need to be burnt so that the swollen fibres give a better definition and contrast between the older and newer grains. Next, you would need to remove any excess fibres by using a blowgun. You are then able to paint the log without losing the definition of the rings. It should be noted that it doesn't need to be primed before painting because if done so the primer will make it smother thus reducing the visibility of the rings.
The wooden logs used for the ottoman would be cedar since this the wood most usually used with the daisugi technique but also because if done correctly the technique also reduces the number of knots. The logs would be attached to the fabric by sign clamps that are riveted together. 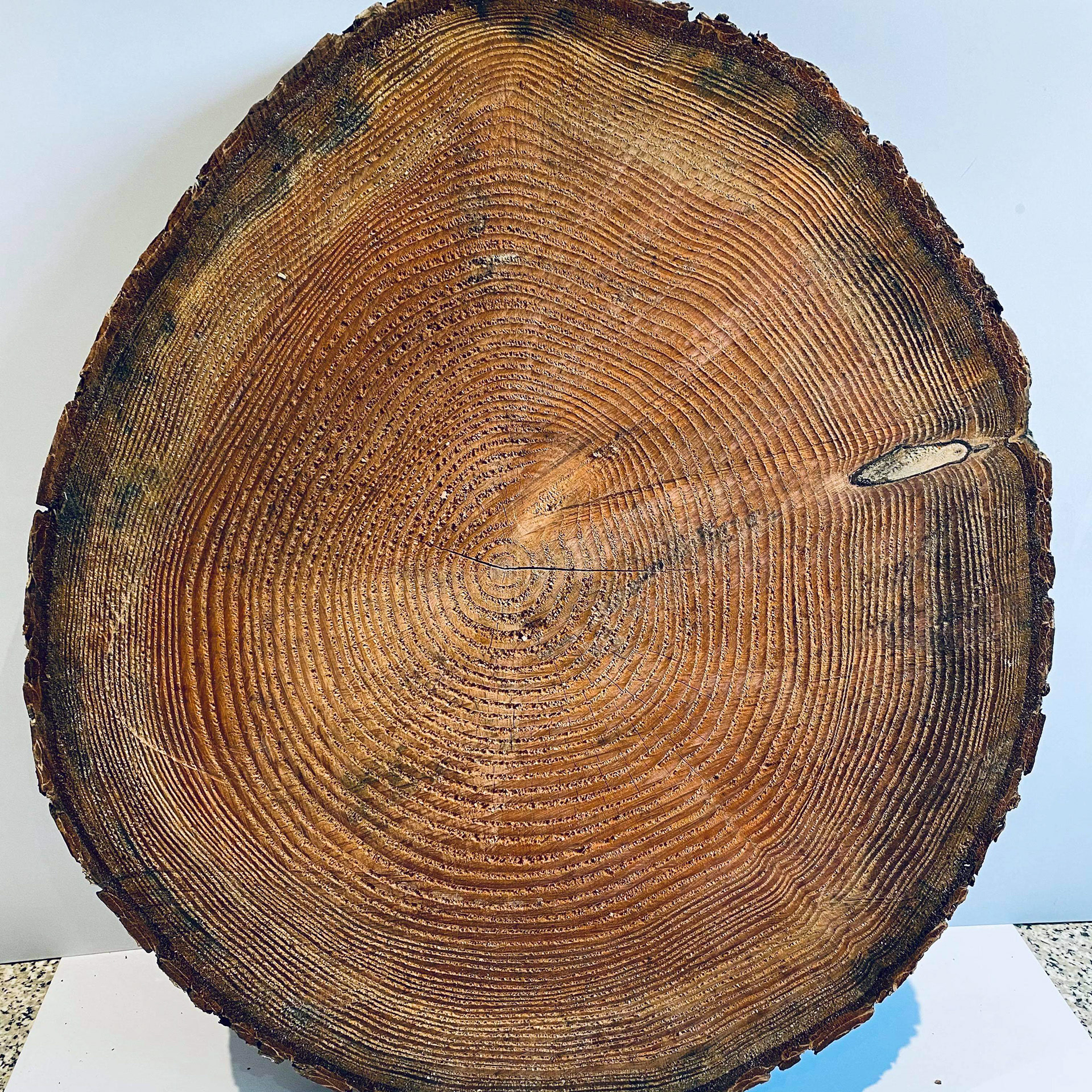 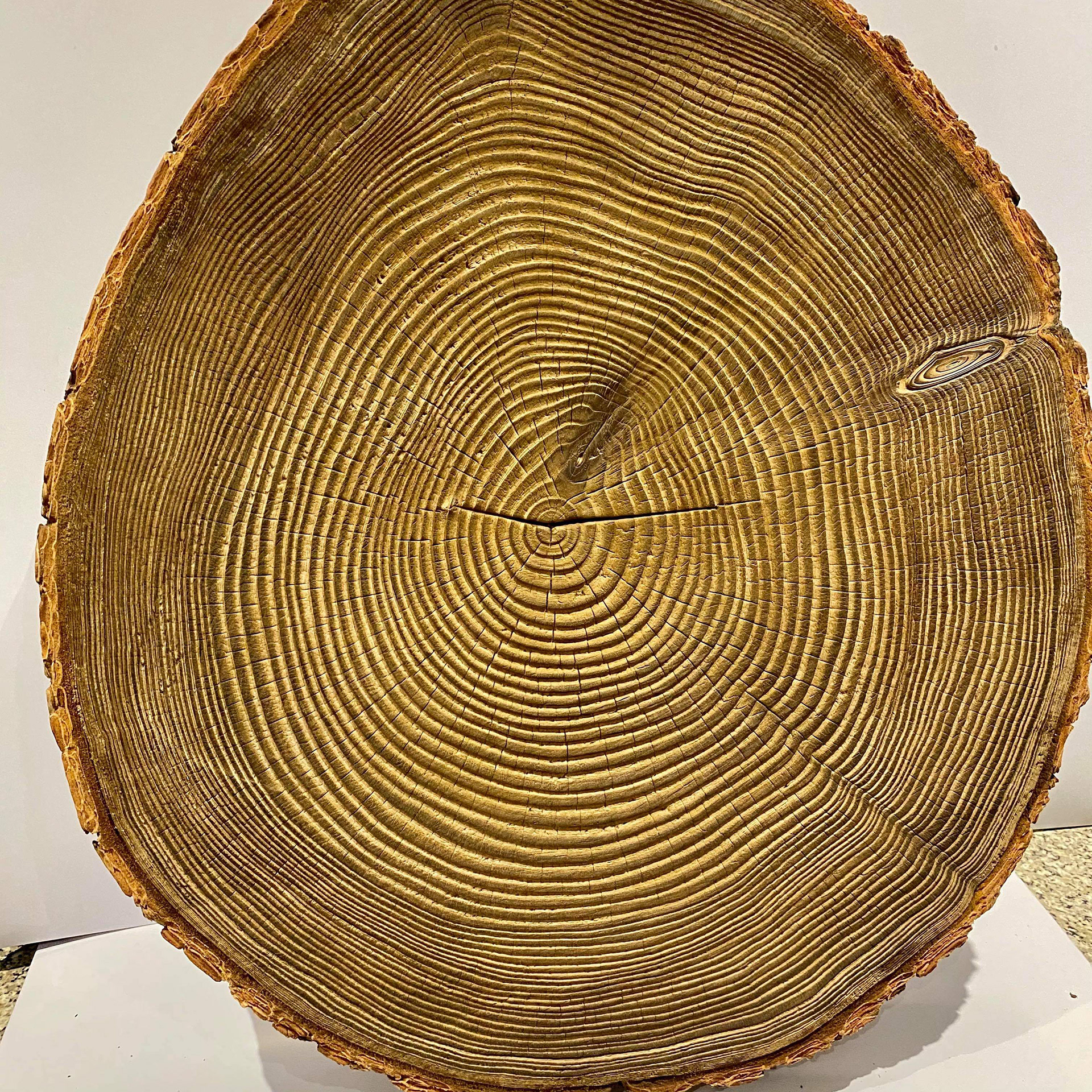 The two images above represent the burning process mentioned above. The wood slice is English larch, and the bark has been left on causing the outer rings to be not as prominent as the inner ones because the bark has absorbed some of the water that makes the fibres swollen.
Because ottomans are usually part of a coordinated duo of furniture my last concept before moving on to the second part of the project was designing a piece that would complement the ottoman but also be unique with its own representation. so instead of using the Mandelbrot shape I decided to use the pursuit of endlessness diagram.

The founder of de Stijl, Theo van Doesburg described people who contributed to the art movement as medewerkers. Which translates to collaborators. These collaborators didn't exactly follow the design principles of de Stijl strictly. Which is geometric, abstract rectangle shapes in primary colours layered on top of a white canvas with black lines. Instead at times work was produced that had more of a symbolic and expressionist element mixed in with the geometric ruling. But were still represented the form of de Stijl. For example, Van Doesburg himself explored this which can be seen in the Composition of the cow 1916/1917, Where he has introduced other colours instead of only primary colours.
As well as Piet Mondrian, who turned the canvas 45 degrees to make a diamond shape to emphasize how de Stijl didn't need to be restricted in a standard shape frame.

So I decided that I wanted to do my own contribution. I mentioned earlier on in this section that de Stijl could be compared to infinity in the terms of an infinite amount.  well, I started looking into it a bit more and I came across a style similar called concrete art (preceded by de Stijl) which focused on using an algebraic formula to create an infinite number of possibilities, in terms of art.  Comparing both styles I realised that de Stijl has a narrow and view on what is considered part of its movement yet it was open to alternative contributions as mentioned earlier. Therefore I wanted to explore my take on how infinite could be produced within by using the de Stijl style.
Due to how I had already used the infinity earlier on in this section I decided I would revisit this part and reuse it.  What I came up with is sought of using the infinity shape to represent the infinity meaning of de Stijl (the infinite amount).  But by splitting the shape in various ways to create a fusion of colour and form that explores how different compositions of the shape could refer to the 'infinite amount'. 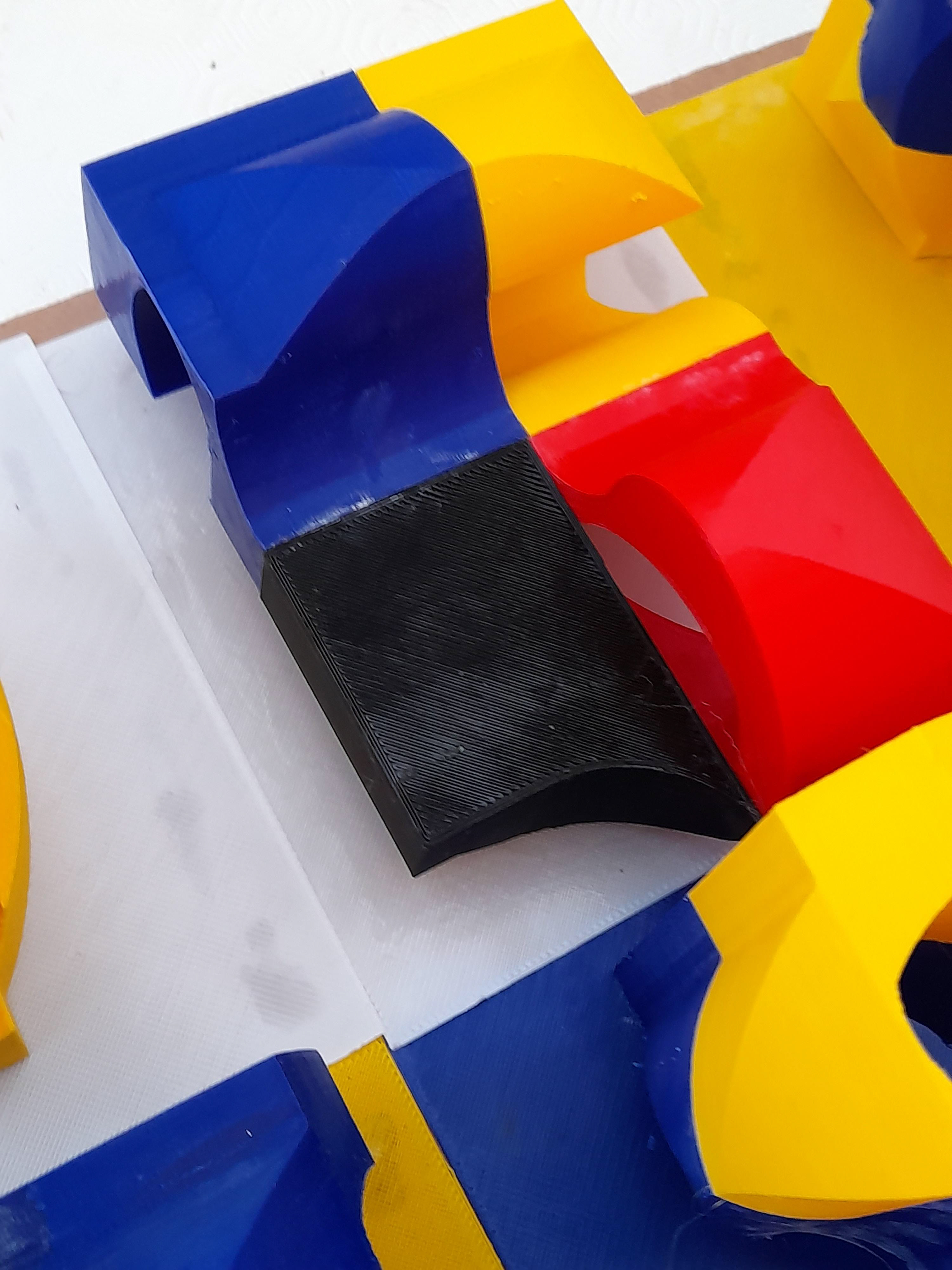 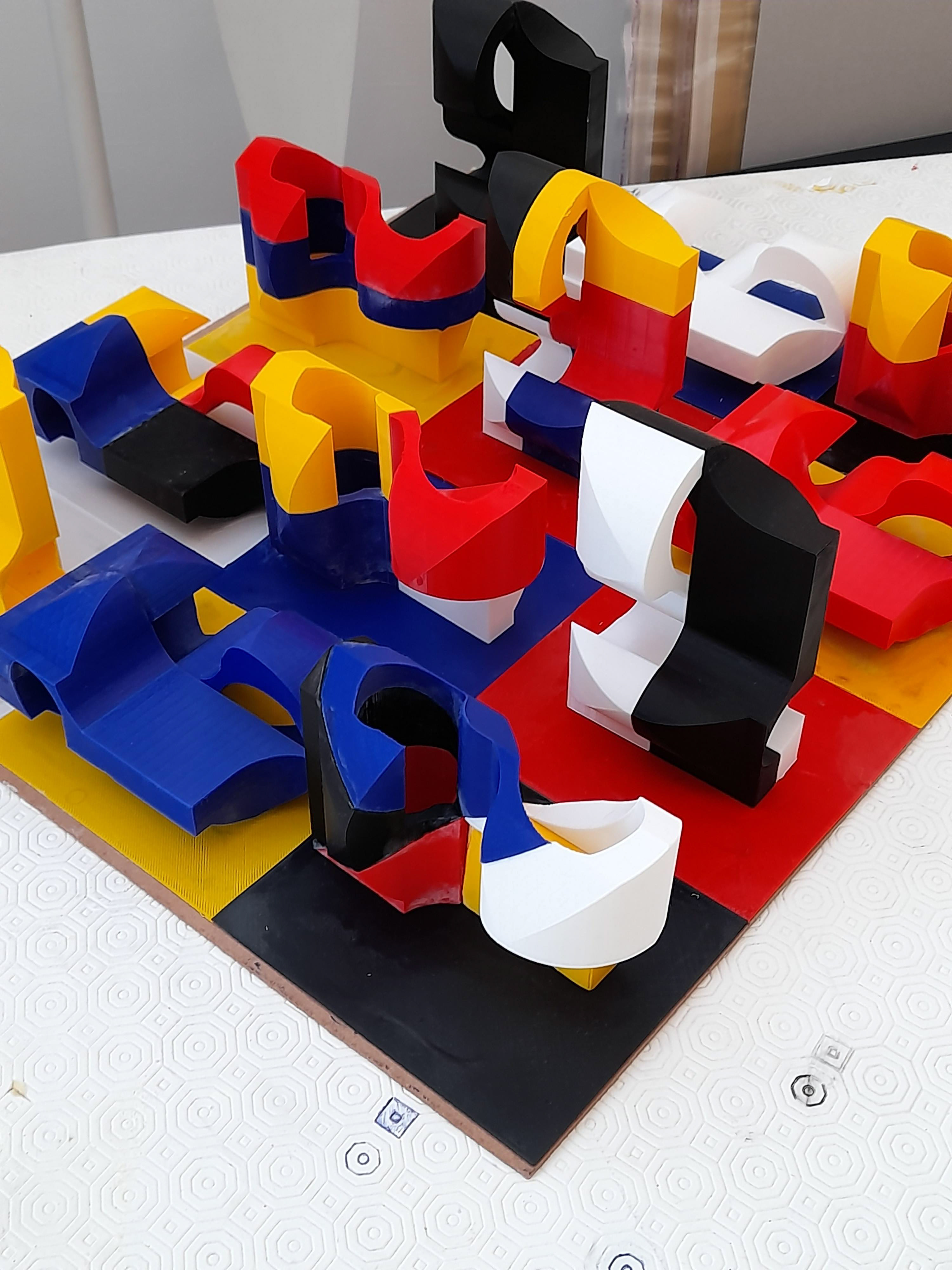 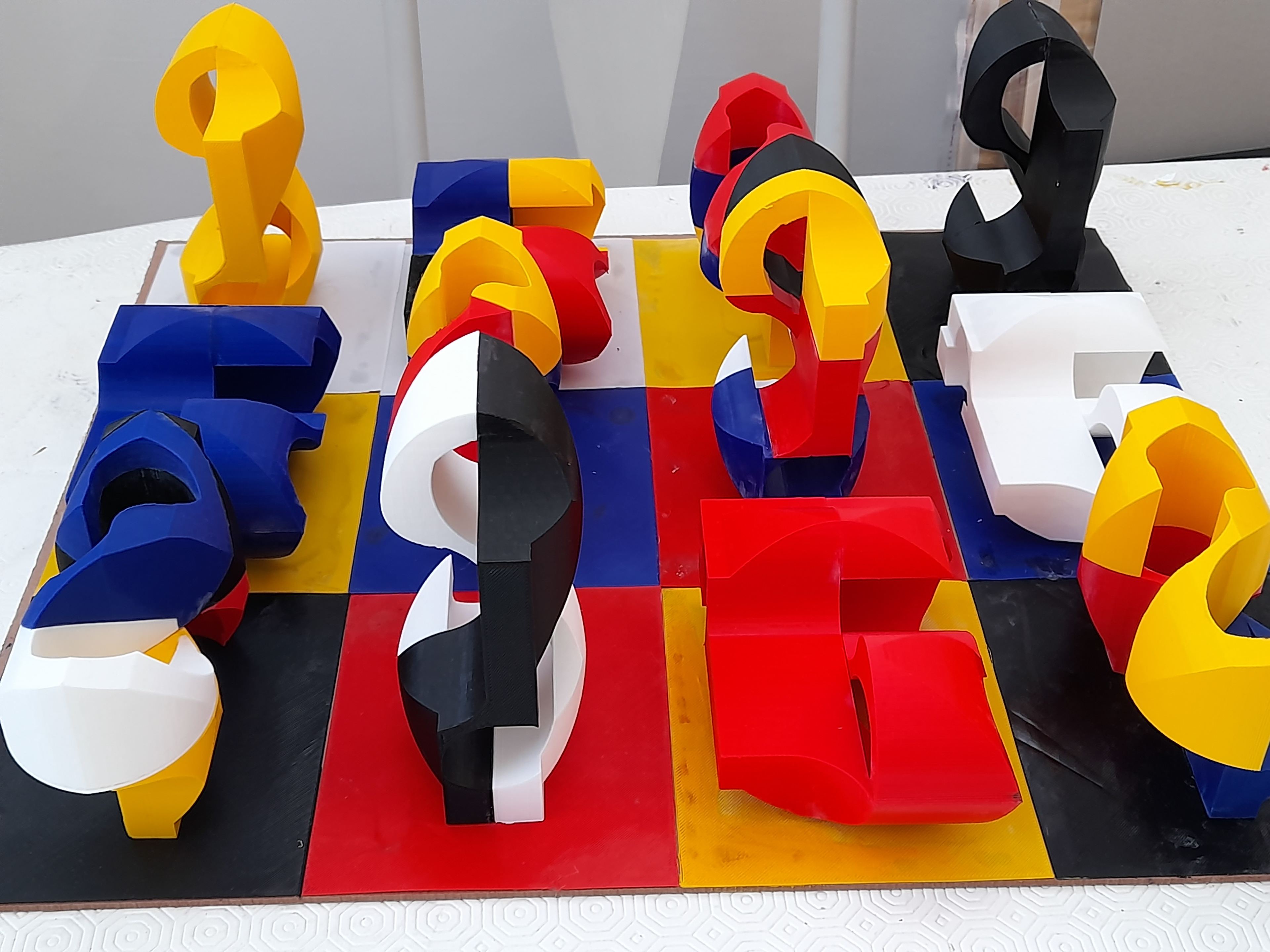 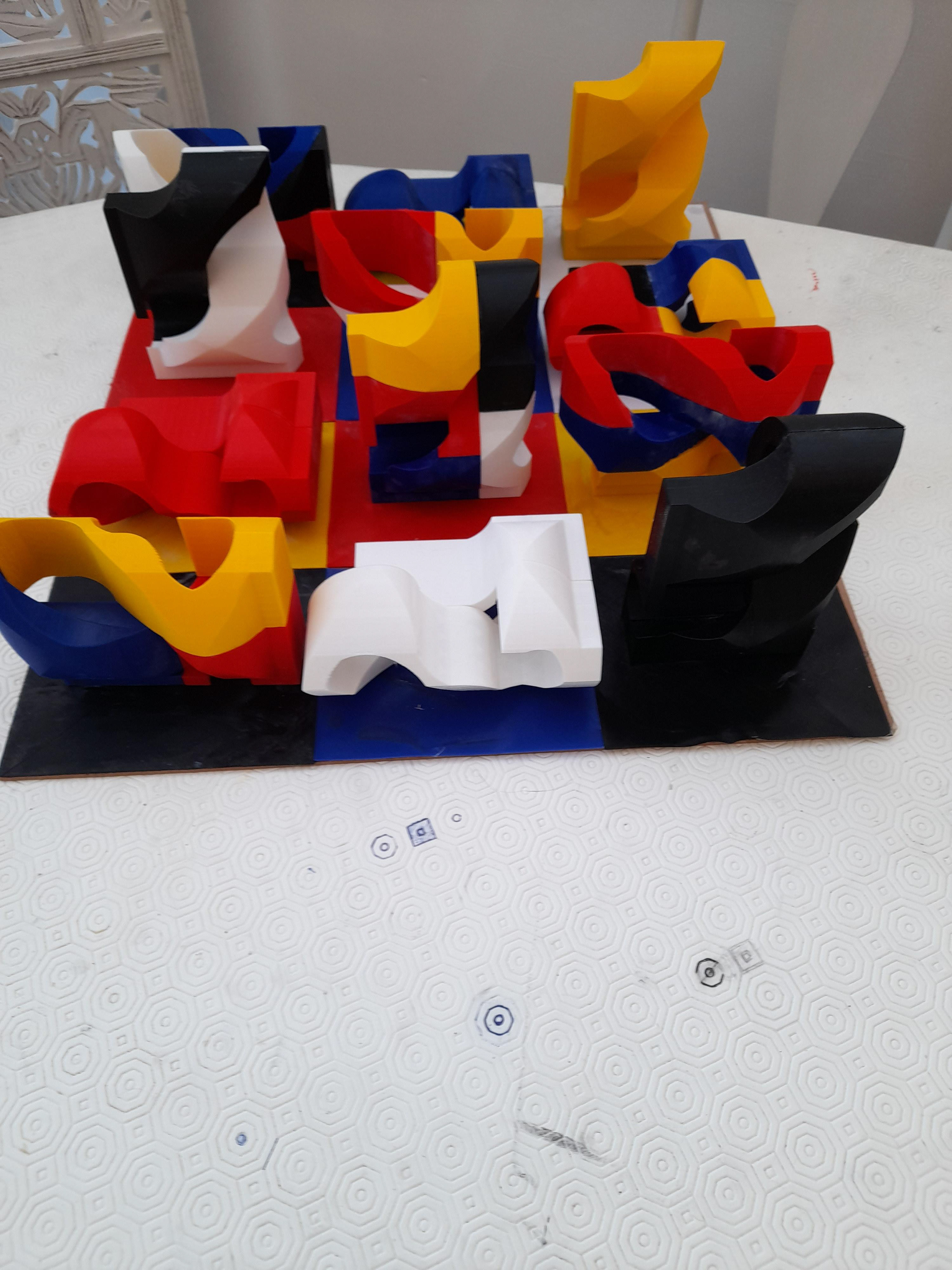 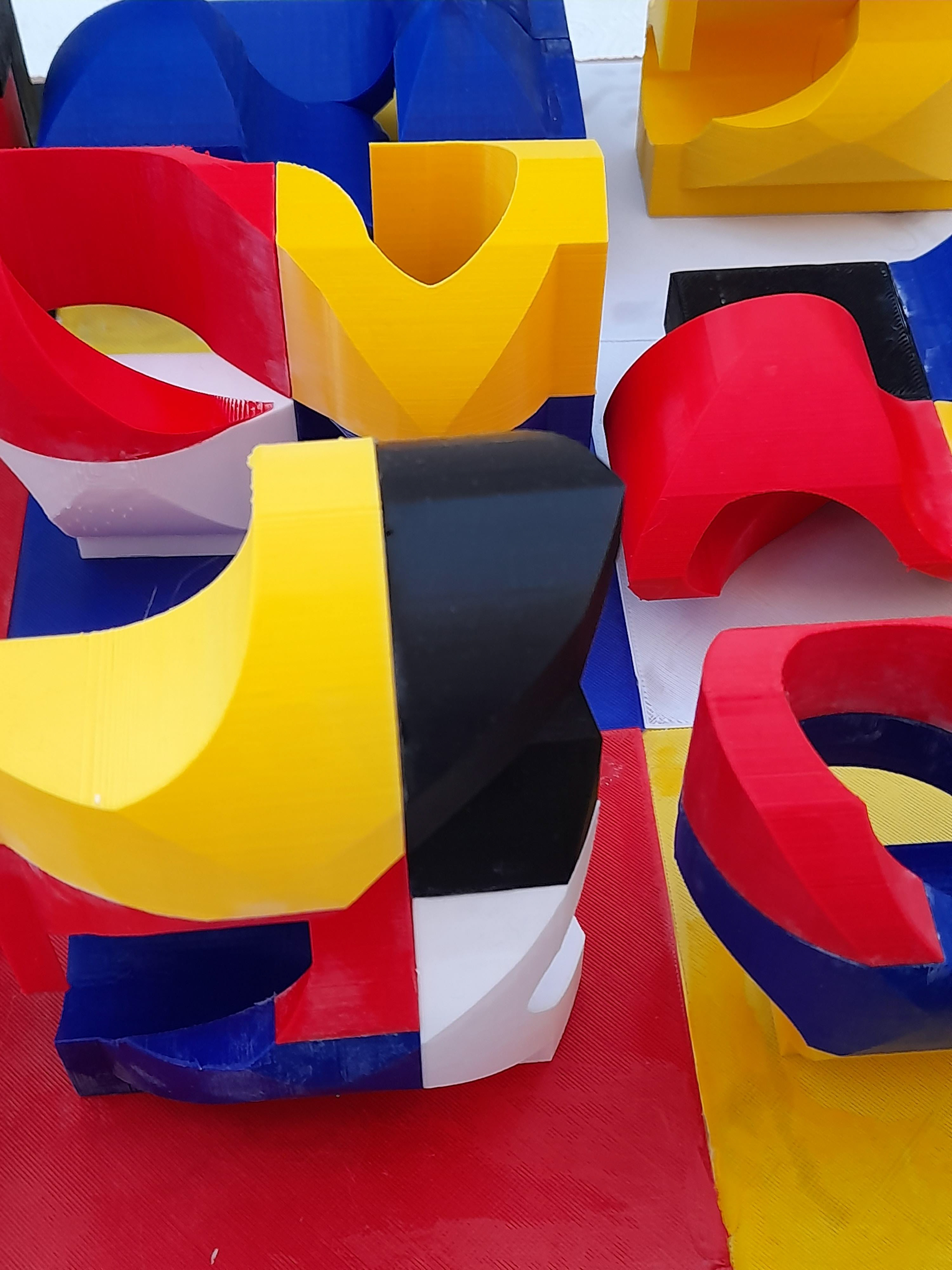 Angle at centre is twice at circumference

Angles in the same segment are equal

The next 4 posters are not flat like the previous and not inspired by trigonometry. Instead, they are of my own design.

Previous: Ivy section
Next: Orange section
↑Back to Top